Incrediblist wasn't created by a development team that just wanted to turn a profit. Incrediblist was developed by me, a landscaper, to meet the needs of the landscape company I help manage. 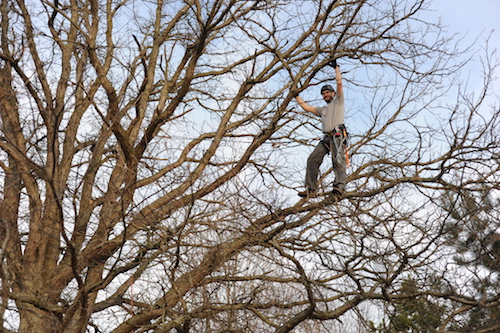 My name is Micah Winzeler. I'm a manager at R&D Landscape in mid-Michigan (www.rdlandscape.com). I started working for R&D Landscape in 2005. I went to work for my friends Russell Thorn and Douglas Reaves just as a laborer. Eventually I ran the lawn crews, and now I manage all kinds of things for the company, including bookkeeping, account management, and IT.

In 2008, I took a break from full-time landscaping and began learning about web development and system administration. I had a vision to eventually rework the way R&D organized their routes, especially for lawn mowing and snow plowing. I thought the system they had of keeping all their routes in spreadsheets and printing them for the crews' use could be better.

Over the next four years I thought through the idea, trying to formulate in my head what the relational database model for this idea would look like. Simply put, I had a lot of learning to do to figure out how Incrediblist should work.

In 2012, I came back to R&D Landscape full time. In 2013 I began development, on the side, to at least do their timecards online. Early 2014, the company started using Incrediblist as its timecard, where I could do their payroll without having to chase down a bunch of hand-written timecards at the multiple locations.

In the fall of 2014, I put their snow plowing routes for that winter into Incrediblist, and R&D Landscape began beta testing my idea. After much patience and feedback from the crews and management of the company, R&D Landscape currently uses Incrediblist to manage all their routes, for both recurring landscape maintenance and for one time landscape installation.

Incrediblist is a massive boon for R&D Landscape. Tedious spreadsheet management of routes where upper management had to, by sheer force of will, maintain all the lists of services they had to perform, has been alleviated. The difficulty of knowing what's going on in the field, particularly during the night on snow storms, has been made so much easier. Invoicing a week's worth of lawn mowing has been transformed from a 8-10 man/hour ordeal on a dreaded Monday to a 30 minute task with much higher accuracy.